The Cavapoo vs Goldendoodle are two mixed breed dogs that both share poodle heritage which gives them various similarities but two big differences.

Their other halves, Cavalier King Charles spaniels and Golden Retrievers, on the other hand, give each ‘cross breed’ some unique differences.

If you are torn about which poodle hybrid is right for you, look no further than the extensive comparison below.

The cross was first purposely put together in the 90s by breeders in Australia and the US, the aim being to create something similar to the Labradoodle (a commonly known cross at the time of a Poodle and Labrador).

When they were first bred, Goldendoodles were bred using golden retrievers and standard-sized poodles (the largest type of poodle).

Due to this, you will find Goldendoodles in 3 different sizes, mini, medium, and standard.

In terms of temperament, these dogs are well thought of and known for their lovable personalities.

An important factor to keep in mind is that Golden Retrievers are classified as hunting dogs so this trait can be passed on to the Goldendoodle.

The Cavapoo, also sometimes known as the Cavadoodle or Cavoodle, is the result of crossing the Cavalier King Charles Spaniel and the Poodle.

Both Cavapoos and Goldendoodles are considered a ‘designer’ dog breed.

That term is used to describe the controlled cross-breeding of two established breeds to create something new.

The Cavapoo was first purposely bred in the 90s, like the Goldendoodle, with the aim to combine the Poodle’s low shedding type with the Cavalier’s happy-go-lucky and family-friendly temperaments.

Mini Goldendoodles are typically between 15 and 30 pounds and stand 14 to 19 inches tall.

Medium Goldendoodles are typically between 30 and 45 pounds and stand 19 to 22 inches tall.

Standard Goldendoodles are typically between 45 and 80 and stand 23 to 25+ inches tall.

Cavapoos on the other hand are usually on the smaller side and are often smaller than the Goldendoodle.

In general, Cavapoos weigh between 9 and 25 pounds and are 9 to 14 inches tall.

Appearance-wise, most Cavapoos have the Cavalier Spaniel’s beautiful long ears with a face that tends to look more spaniel-like than poodle-like.

Goldendoodles tend to have shorter ears and longer noses than Cavapoos.

The Golden Retriever side often gives them muscular bodies, longer legs and deeper chests than Cavapoos have.

Due to their mixed parentage, both the Cavapoo and Goldendoodle can take after either side of their lineage (ie either the Poodle or the Cavalier King Charles Spaniel/Golden Retriever).

If they take after the Poodle in their pedigree, they will have those typical poodle curls.

Whereas they can have a straighter fur texture if they take after their other side.

As for coat colors, you can find the Cavapoo in black, white, chestnut, blenheim, cream, fawn, merle and chocolate.

Goldendoodles can be found in golden, apricot, red,cream, chocolate, and parti.

Other color variations can also be found with white markings on their chest.

That being said, there is a phenomenon known as hybrid vigor. This means that hybrid dog breeds are usually healthier than their purebred parents.

Purebred dogs can come from the same bloodlines which results in genetic conditions being passed down, but when you cross two purebred dogs those traits can be avoided.

Goldendoodles are known for their intelligence and enthusiastic nature which makes them easy to train and able to learn more advanced commands.

Cavapoos are also intelligent but, in general, they are not quite as smart as Goldendoodles and may struggle with learning advanced tricks.

That does not mean Cavapoos can’t easily be trained to do basic things like sit, stay, and lie down.

Goldendoodles are friendly dogs who get on well with strangers.

They make great family dogs and also make good therapy animals due to their trainability and temperament towards people.

Cavapoos form deep bonds with their owners and love attention from their people.

They too make good family dog options but can be warier of strangers. Cavapoos are gentle souls who can battle with separation anxiety due to being so attached to their owners.

Goldendoodles have a lifespan of 10 to 15 years.

Mini Goldendoodles tend to live longer than standard Goldendoodles, as is common with larger versus smaller dog breeds.

Goldendoodles are high-energy dogs that require a lot of exercise to keep them happy and civilized.

Regular walks are a non-negotiable and the fact that they are so friendly means that you won’t be limited to where you can take them (like you would be with a reactive dog breed).

Their intelligence also means that they will need sufficient mental stimulation to avoid undesirable behavior.

An hour of activity a day should be plenty to keep your Cavapoo stimulated and happy, after that they will happily curl up on the couch with you.

Cavapoos need regular brushing (at least 3 to 4 times a week but try to do it daily).

If they are not brushed enough, a Cavapoo’s coat will quickly develop knots.

The same goes for Goldendoodles. Poodle hybrid owners can also choose to shave their dogs.

This is a good option if you want a lower maintenance coat but keep in mind, that they will still need grooming. As for baths, a scrub every 6 weeks or so is generally plenty to keep them clean.

Grooming is a good excuse to have a close look at your Cavapoo or Goldendoodle’s eyes and ears.

Their fluffy faces can lead to hairs irritating their eyes. To avoid this, have your groomer trim around their eyes (even if you love the fluffy face look).

As for their ears, slightly dampening a cloth and given them a wipe down will help prevent the buildup of grime.

This will also help you catch things like ear infections before they become a serious issue.

Which Cross Breed is Right For You?

The two important aspects that separate a Cavapoo vs Goldendoodle is size and energy levels.

Goldendoodles are larger dogs because of the golden retriever side of the mix. They are also much more energetic and need a lot of exercise.

A Goldendoodle would suit a more active person that is looking for a dog to keep them company.

Whereas, a Cavapoo will enjoy a nice daily stroll and then spend the day being as lazy as you want them to be. 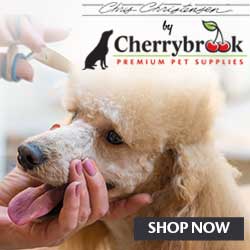