Every single breed of dogs has the potential for some sort of genetic disease with some breeds being more prone than others. Cavapoo health problems have been minimized because they are hybrids but some health problems do exist. 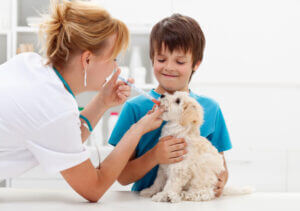 This is why it is crucial that you only buy your cavapoo puppy from a reputable breeder that has done all the necessary health checks. This greatly reduces the chances of your puppy developing a genetic disease.

Just be warned though, it does not totally eliminate the risk. For example, my springer spaniel’s parents are both health tested and passed everything with flying colors. But my springer boy has bad hip dysplasia in both hips. All of his siblings, grandparents and parents have perfect hips!

I do however believe that crossbreeds have a lower chance of inheriting genetic diseases. This is just my opinion and not based on research.

If you talk to any Vet then most of them will say that it is the pure pedigreed dogs that have the most issues. The mutts and cross breeds are generally quite healthy.

But in saying that, it would be wise to research the health problems of both the Poodle and Cavalier King Charles Spaniel just so that you are aware of what can happen. Most diseases do not show up when the puppy is young and only rear there ugly head later in life.

Do not trust a breeder that says that there dogs are all healthy and that they do not need to be health tested.

A responsible breeder will always have their dogs tested before breeding with them as they should want to produce the best specimens and healthiest dogs that they can.

I used to breed English Springer Spaniels and that is why I had my Springer boy health tested and found out that he has hip dysplasia. I then could not use him for breeding which was heart breaking for me as I had imported him from Finland as my future stud dog. I retired him from the show ring and he is now my BFF.

Buying from the right breeder will greatly reduce the risks. Always ask to see the parents’ health certificates and if a breeder cannot produce them then do not buy your Cavapoo puppy from them.

I know that it is heart breaking to leave the puppy behind but believe me, it is much more heart breaking having a sickly pup or even one that needs to be put to sleep. Never mind the financial implications!

Let’s now look at the genetic health issues that the Poodle and Cavalier have. Again, do not freak out as it does not mean that your pup will have them.

Syringomyelia (SM) is a very serious condition in which fluid builds up in cavities within the spinal cord near the brain.  Sometimes, a Cavalier’s skull is too small for its brain which results in the brain squeezing down into the spinal column. As you can imagine, this is extremely painful. Typically this only manifests after the puppy reaches 6 months of age.

Treatment options for Syringomyelia can involve drugs and/or surgery.

Multi-focal Retinal Dysplasia (MRD) is a hereditary condition that can seriously affect a dog’s vision and in severe cases could lead them to lose their eyesight completely.

This condition can be detected at birth.

If the puppy has retinal folds, then the condition can either disappear as the pup matures or it can become more severe.

If the dog inherits Geographical Multi-Focal Retinal Dysplasia then the condition is much more serious. The retina becomes thinner and thinner which can cause retinal detachment. If this happens then the pup can become totally blind.

There is no treatment for this disease so it is very important that the breeder has tested there dogs to make sure that they are not carriers.

Degenerative Mitral Valve Disease (MVD) is a serious disease that involves the mitral valve in the heart. As the valve deteriorates, it allows blood to flow backwards into the heart instead of out of the heart.

This causes the heart to be enlarged and dogs with this condition often have difficulty breathing and have a distinct cough.

This disease is progressive and is usually first detected as a heart murmur.

There are drugs that help to minimize the symptoms but as the disease progresses it can cause heart failure resulting in death.

It is a good idea to test your puppy yearly even if the parents are clear as this disease is very common in Cavaliers.

Health Issues in Poodles include:

Hip Dysplasia is when the ball and socket joint of the hip is deformed. This results in deterioration of the joint and arthritis.

This condition is very painful for the dog and can cause lameness and low quality of life.

Joint supplements will help. I have my Springer Spaniel on a natural supplement called ‘Sasha’s Blend’ which has helped him tremendously.

Surgery is also an option to replace only the head of the femur or in really bad cases to do a total hip replacement.

Hip Dysplasia is common in most dog breeds.

Epilepsy is a seizure disorder which is a result of abnormal electrical activity in the brain.

Seizures can be mild all the way up to serious. Mild seizures can be twitching of a lip whereas serious seizures result in the dog falling down and jerking uncontrollably. The dog might also lose consciousness which is very frightening to see.

Epilepsy is a life long condition which can be managed with medications.

Progressive Retinal Atrophy (PRA) is a group of inherited retinal diseases. The retina of the eye degenerates over time and eventually leads to total blindness. This condition is not painful.

The disease slowly progresses until the dog it totally blind.

There is unfortunately, no effective treatment for PRA.

Legg Perthis Disease is where the head on the femur bone disintegrates to such an extent that the whole hip joint disintegrates.

It is more common in miniature, small and toy breeds and is seen in puppies between the ages of 5 and 8 months.

Treatment involves the surgical removal of the femoral head and neck. It sounds drastic but most dogs respond very well. After surgery then the puppy will need rehabilitation which will include swimming and physical therapy.

Patella Luxation is a common problem in all breeds of dogs.

The kneecap normally sits in a groove and moves up and down when the leg moves. With a Patella Luxation, the kneecap moves out of the groove which results in the knee not being able to be extended. Basically it means that the kneecap keeps dislocating. Usually this happens because the groove that the kneecap needs to sit in is to shallow.

Treatment is usually surgical. Either the groove is made deeper or the kneecap is fastened to the bone to prevent it from sliding.

Sebaceous Adenitis is a skin disease that affects the skin glands of a dog. The skin glands, found in the hair follicles of the skin become inflamed and die.

Sebaceous Adenitis cannot be cured but the symptoms can be managed by bathing the dog often with specific medicated shampoos. 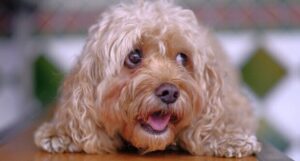 Do Cavapoos Deserve to Exist?

Activities for Dogs and Owners During Lock Down

As an Amazon Associate I earn from qualifying purchases 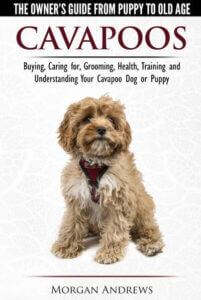 I have owned dogs for over 40 years (and counting). During this time I have gained valuable knowledge in breeding, showing and caring for dogs. My desire is to help you with any aspect of dog ownership. This website is dedicated to the Cavapoo – a delightful, gorgeous cross breed that is the perfect family pet and companion. Please check out my ‘about’ page for more information.

Activities for Dogs and Owners During Lock Down

New Puppy – What Have I Done!

Potty Training a Puppy in a High Rise Apartment

Cavapoo vs Maltipoo – Which ‘Poo’ Does it for You?

Cavapoo vs Cavachon: Which One Would Suit You?

Keep your Cavapoo safe with the Furbo Dog Camera

See Your Cavapoo after Dark

We use cookies to ensure that we give you the best experience on our website. If you continue to use this site we will assume that you are happy with it.OkPrivacy policy