What is a Cavapoo? (With Pictures) A Cavapoo is a popular cross breed or designer dog and is the result of breeding a Cavalier King Charles Spaniel to either a Toy Poodle or a Miniature Poodle.

It is also known as the Cavadoodle or Cavoodle but what is a Cavapoo?

You are probably wondering why the two puppies look so different?

Puppies in the same litter can look totally different from each other.

If the puppy looks more like the Poodle then it should be more suitable for hypoallergenic owners and be less likely to shed.

Likewise, if the puppy looks more like the Cavalier then it will probably shed and not be suitable for someone who is hypoallergenic.

Puppies from this initial mating are called F1.

Overview of the Poodle

The Poodle has a long history dating back to the 15th and 16th century. They were originally bred in Germany to be used as water retrievers.

Poodles would retrieve shot birds and bring them back to the hunter.

Because Poodles are so intelligent, they were also used as circus performers and later on as truffle hunters.

A typical Poodle is cheerful, energetic, and sociable.

They can be apprehensive around strangers at first, but they quickly warm up. They don’t exhibit much territoriality, therefore they make poor watchdogs and dubious guard dogs.

However, they will defend their owners and families if there is an obvious threat.

To their owners and families, however, they generally act as a playful and intelligent friend and are peaceful, calm, and vigilant.

Poodles are good with dogs, cats and children and are happy to live in an apartment or house with a big garden.

The Cavalier also has a long history which dates back to the 16th, 17th and 18th centuries.

The sole purpose of this breed is to be comfort or companion dog.

Cavalier King Charles spaniels are charming companions because of their lively intelligence and lovable willingness to please their owners.

Timidity and hostility aren’t typical of this breed.

These playful canines are great with kids and make wonderful pets because of their insatiable need for human companionship.

Cavalier King Charles Spaniels are often used as therapy dogs because of their fantastic temperaments and personalities.

History of the Cavapoo

During the 1950’s, breeders in America were looking to develop a cross breed that was low to non-shedding and had few health problems.

They were also looking for a friendly dog that would make great companions.

The result is the Cavapoo that we know today.

This cross breed has become much more popular recently due to people not wanting dogs that shed.

Cavapoo’s are also referred to as designer dogs or hybrids. Hybrids are the result of the deliberate breeding of two different purebred dog breeds.

The term ‘designer dog’ was coined by the media when they discovered that a lot of celebrities were fond of hybrid dogs.

Some people regard hybrids as mutts but this is not correct.

A hybrid has two purebred parents which have deliberately been bred together whereas the mutt can be made up of multiple breeds and is usually the result of an accidental mating.

A Cavapoo puppy can end up to be any size from small to medium.

Height – 9 to 14 inches and sometimes more

There coats can also vary from very curly to almost straight and flowing.

Generally they have more of a compact head with long floppy ears. The muzzle can be either short or long and ends with a cute button nose.

The body shape is small but well proportioned.

The eye color is typically brown but can be blue if the merle gene is present.

There coats can come in a wide range of colors – red, red and white, cream, black, apricot, tri-color (black, white and tan), sable, black and white.

They are often called ‘teddy bear’ dogs because sometimes they look just like a stuffed teddy bear.

These cross breed dogs inherit the best from both parents.

They are smart, cuddly, gentle and have the best temperaments that you will find in any dog.

If you are looking for the perfect family dog then look no further than the awesome Cavapoo. They really are unmatched when it comes to temperament.

Cavapoos can be very adaptable in terms of housing. They are just at home in an apartment as they are in a big house with a large garden.

They can be sensitive dogs so only positive training methods should be used.

This is an indoor dog that loves the outdoors but they will not cope being housed outside.

These dogs can suffer from separation anxiety so training them from the get go to be alone is crucial.

Cavapoos are very affectionate dogs and most of them love to cuddle.

They are kid friendly, dog friendly and are normally fine with strangers.

These dogs love to play and thrive on attention. They need to be involved in family activities.

Cavapoos are generally healthy dogs but they can inherit certain diseases from the pure bred parent dogs. 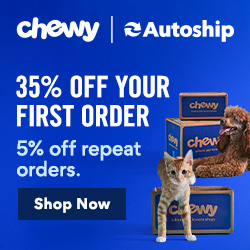